Causes of the food crisis

Today's New York Times has a good story on some of the background of the current food crisis (story). The basic point is fundamental: donor nations and international development institutions have substantially disinvested in the great agricultural research institutes that were founded in the sixties and seventies to provide a scientific basis for increasing food security. The story highlights the significant decline of institutions like the International Rice Research Institute in the Philippines -- with disastrous consequences for the continual challenge of increasing agricultural productivity and -- usually -- rural incomes. (Click on the graphic to see a great set of graphs documenting investment, productivity, and rice stockpiles.)

There is a direct relationship between investment, scientific activity, and improvement in agricultural techniques, seed varieties, and new forms of pest control. If the world makes those investments, we have a good reason for confidence in the ability of the planet to keep food supply ahead of food demand. But if funding agencies and international institutions falter in their attention to the continuing struggle for agricultural progress -- as they most certainly seem to have done -- then food security will indeed be a center-stage issue for the coming decades.

Many commentators have also emphasized another crucial point: that hunger and poverty are directly connected. We've seen the impact that rising rice prices have on poor people in dozens of countries in the developing world -- essentially pushing poor people into ultra-poor crisis. But there is also a virtuous circle that economic development policy makers need to be striving for: increasing the incomes of the poor, leading to greater purchasing power, leading to rising demand for locally and nationally produced food, leading to increased incomes for rural poor people. Seen from this perspective, agricultural development has to be a top priority within economic development policy thinking.

The struggle for racial justice 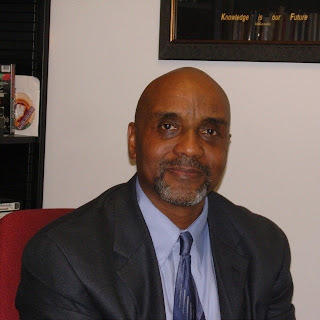 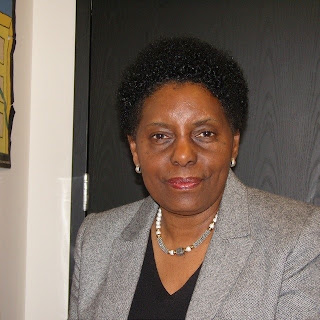 The struggle for racial justice in America was in its sharpest form in the 1960s, from the Freedom Marches in the South in the early sixties to the militant and determined struggles in the North in the later sixties. Organizers, militants, activists, leaders, and volunteers gave their best energies, brains, and courage to this extended effort to change American society. And when you think about it, this decentralized movement was remarkably successful in terms of its reach, the ability of various civil rights and activist organizations to motivate followers, and some of the concrete structural changes that were achieved. (It goes without saying that we have a very long way to go in pursuit of racial justice today, in 2008.)

One way of getting a better understanding of the Civil Rights movement is to read some of the very good historical and sociological scholarship that has been done on the period -- for example, Taylor Branch's Parting the Waters : America in the King Years 1954-63

. But another way is to talk with people who lived through the struggle -- people who went "went South", people who worked as organizers and activists in Chicago or Detroit, people who got involved in some of the militant organizations such as the Black Panthers. And often what you gain from conversations like this is somewhat different from what comes across in the organized historical scholarship. It's more intense, for one thing -- just as it must have been in the 1960s to talk with veterans of the Abraham Lincoln Brigade about their experiences in the Spanish Civil War. But it also gives you the participant's perspective on things rather than the historian's view. And it focuses often on the process of mobilization and consciousness-raising, rather than the eventual outcome.

I've done two recent interviews with scholars whose own experiences of the Civil Rights movement are genuinely absorbing. One is Ahmad Rahman, a history professor at the University of Michigan-Dearborn and the author of The Regime Change of Kwame Nkrumah: Epic Heroism in Africa and the Diaspora

. Rahman is an accomplished historian and a rising authority in African and African-American history. He was also an activist and member of the Black Panther Party in Detroit in the 1960s. The second interview is with Dr. Gloria House, a professor of humanities and African and African-American Studies at the University of Michigan-Dearborn. House is a well-respected poet and author, and has played an important role in the continuing prominence of Broadside Press. She edited a great volume celebrating the press; A Different Image: The Legacy of Broadside Press: An Anthology

. Her own experience of the Civil Rights movement began at UC-Berkeley, followed by time in Alabama and Detroit. Her experiences with SNCC and the struggles in the South are very intense, and she finds the voice to express what she experienced powerfully. She has spent decades as a scholar-activist in Detroit.

Both interviews are absorbing and eye-opening. One point that comes out of both Rahman's and House's recollections is the importance of the struggles for African national liberation in the development of consciousness within the African-American movements -- and the "echo" of American developments in African liberation thinking. There is a very clear demonstration of the political-intellectual work that went into framing an understanding of American society and liberation that was suited to the African-American experience. But there are dozens of other important insights -- the ways in which the struggle for Black Consciousness developed, the importance of youth engagement in the struggle, and the power of poetry during those decades. Rahman brings some of the issues forward to the present day, by comparing the struggles of French immigrant people against police brutality with the struggles of the African-American community in the earlier decades. And House shares some of her thinking about where the quest for racial justice may be going today -- emphasizing community-based activism. She also shares several of her poems about the early days of the struggle at the end of the interview.

It is a constant struggle for all of us to go beyond clichés and cartoons in our understanding of our society and our history. And a very powerful way of doing that is to listen to the voices of people whose experiences are so directly connected to the major fault lines and turning points in our history.

The video interviews with Rahman and House are posted on YouTube, and audio versions are posted as well; Rahman, House part 1, House part 2. The audio interviews are also included in the UnderstandingSociety podcast, available through iTunes.

Visit also this relevant posting on Jim Johnson's blog, with information about the recent publication of Breach of Peace: Portraits of the 1961 Mississippi Freedom Riders.